Academic Travel Abroad is an educational travel provider for some of the world’s most prestigious organizations. Riding the post-war wave of interest in travel to Europe, ATA launched operations in 1950 by assisting universities and cultural institutions in the creation of group travel programs for their members. Today, ATA is a leader in educational and branded group travel and offers an array of programs and services that marry travel and learning. ATA’s proud list of partner organizations includes The New York Times, the Yale Alumni Academy, HISTORY® Channel, and The Great Courses. This means that CET has access to resources outside of the cities where we have established CET centers and full-time staff. Think we can’t go somewhere because there’s not an in-country CET center? Give us a call! There’s a good chance our ATA resources blended with CET’s approach to custom programming will be able to meet your needs.

With the combined resources of ATA and CET, we can serve as a partner with your institution in comprehensive internationalization. We can provide assistance with alumni travel, donor cultivation, conference planning, and more. Learn more about our custom programming and internationalization services. Kate, daughter of an American diplomat, spent most of her youth in France, where she was born. Fluent in French, Kate settled on a more “exotic” language in college, where she fell in love with Mandarin and all things Chinese. Kate has lived and studied in Australia, Algeria, Ireland and Taiwan. Kate graduated from Yale with a degree in East Asian Studies and pursued a post-graduate fellowship in Chinese Literature at Taiwan National University before settling in Washington, D.C. After stints in public relations and working on the Hill for Senator Harry Reid, Kate began her career at Academic Travel Abroad, Inc (ATA) in 1988 as the China Program Manager and is now a proud owner of the business, along with her partners, Chase Poffenberger and Mark Lenhart. In 2008, Kate completed a three-year executive education program for owners and presidents at Harvard Business School. Kate serves on a Leadership committee for the NTA (National Tourism Association) and on the Executive board of the Fund For Education Abroad, a non-profit that provides scholarships for under-represented students to study abroad. 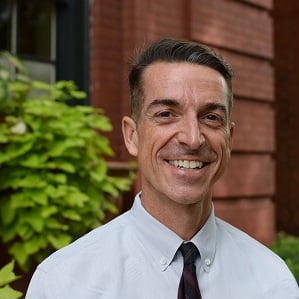 Mark has worked for CET since 1990, when he began as Resident Director of CET’s Harbin Chinese Language Program. After nearly five years studying and working in China, he became CET’s Director in 1995, and he oversaw CET’s expansion from a small provider of two Chinese language programs to today’s much larger organization. Mark is a founding board member of the Fund for Education Abroad, and he continues to play leadership roles on FEA’s Board of Trustees. He frequently speaks at national conferences on topics related to study abroad safety, underrepresentation, CET’s local roommates, and the LGBTQ student experience. As a student, Mark focused on Asian Studies, Chinese language, and photography, and he has degrees from Bowdoin (BA), Harvard (MA), and the University of Maryland (MBA). Chase is a veteran of Academic Travel, having begun her career as a China Program Designer just three short months before the Tiananmen Square massacre in Beijing that redirected her job, and her life! She has since worn many hats during her tenure, including France Program Designer and Assistant Director of the Program and Marketing Departments. Chase currently oversees Academic Travel Abroad’s team of Sales and Marketing Managers. As a child, Chase traveled extensively through Asia and Europe during her expatriate upbringing in Taiwan, then lived and studied in both Brittany and Beijing. She earned a degree in Chinese Studies from Wellesley College in 1988 and an M.B.A. from the University of Maryland in 1998.